As the UK's biggest TV platform celebrates its 18th birthday, we examine the crucial role it plays in fostering a common culture 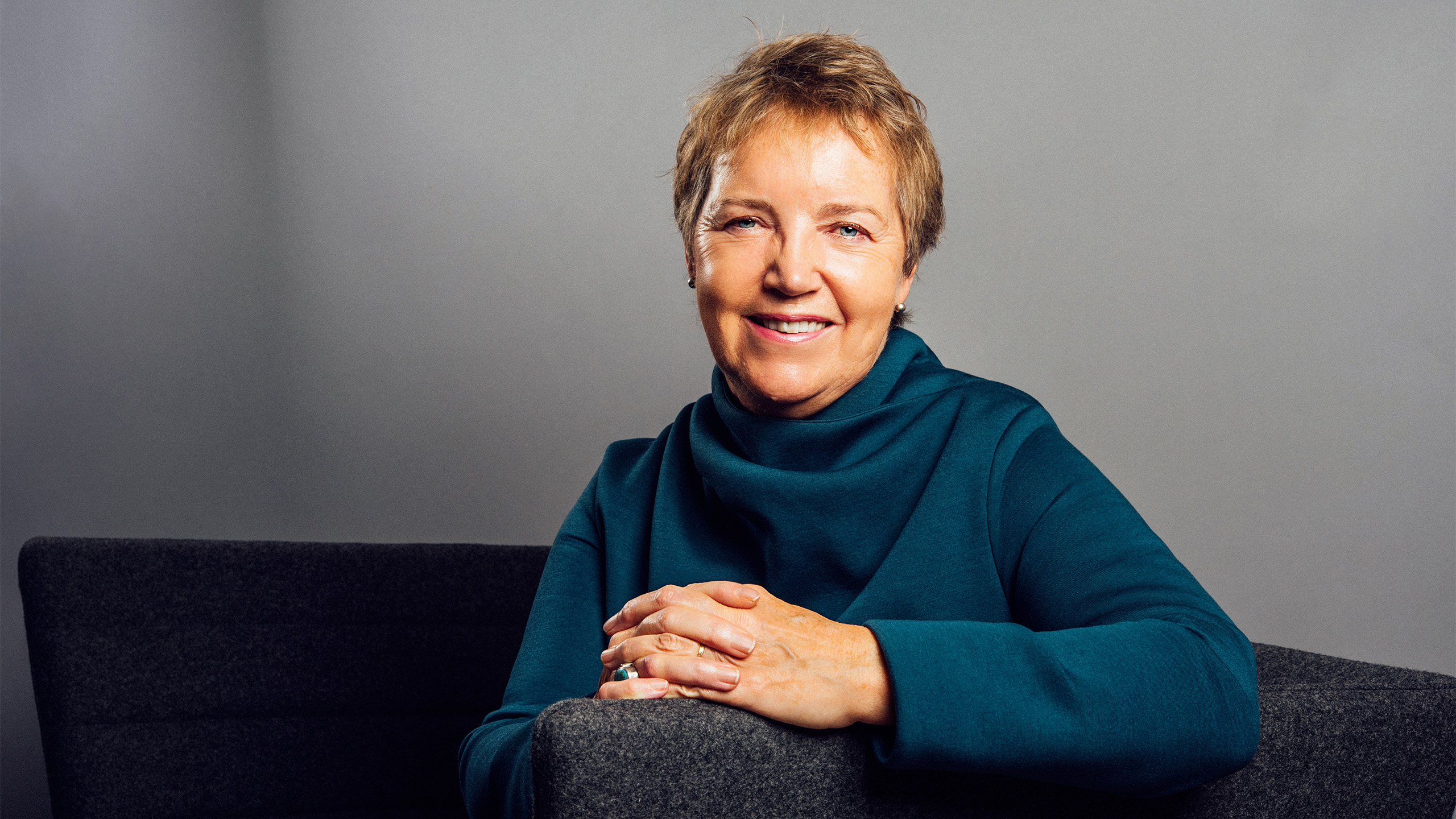 When Broadcasting House was opened in 1932, the front of the building was likened to the prow of a ship. The grandest office, of course, belonged to John Reith. The first DG, the captain of his ship, there on the bridge. But the office above his, acknowledged as the second grandest in the building with equally magnificent wood panelling and an even better view down Langham Place, was that of the chief engineer.

Without an engineer, the captain would remain in dock; with an engineer, he could travel the world. Reith did his travelling from his office, while on the roof a few floors above a flag proclaimed the BBC’s coat of arms and its now-familiar motto: “Nation shall speak peace unto Nation”.

In the beginning the chief engineer was central. The BBC and its output was created to sell radios and then televisions but while the chief engineer moved the technology forward, the DG understood the extraordinary power of the medium, reaching as it quickly did into every home in the country.

This was just too important to trust to the market. Broadcasting in the UK would come to be defined by its public purpose. While we were united by a common language with the US, this approach differentiated us from that other giant of the medium.

The advent of ITV and then Channel 4, commercial but within the public service family, increased programme choice and diversity but technological advance was limited - most significantly black and white became colour, in radio FM took over from medium wave. Engineers were no longer on the bridge. But the dawn of the 21st century brought us full circle. Digital terrestrial transmission allowed an exponential increase in the number of channels. As important for government, it freed up valuable spectrum to be auctioned at high prices.

While Sky’s satellites had already brought us an attractive pay TV offer, Britain now needed to move the whole country, including those who didn’t want to or couldn’t pay, onto digital. Satellite on its own wouldn’t do this.

PSB engineers once again came to the fore. The PSBs could leap from single to multiple channels, audiences were better served and spectrum, essential for mobile services, could be freed up and sold. 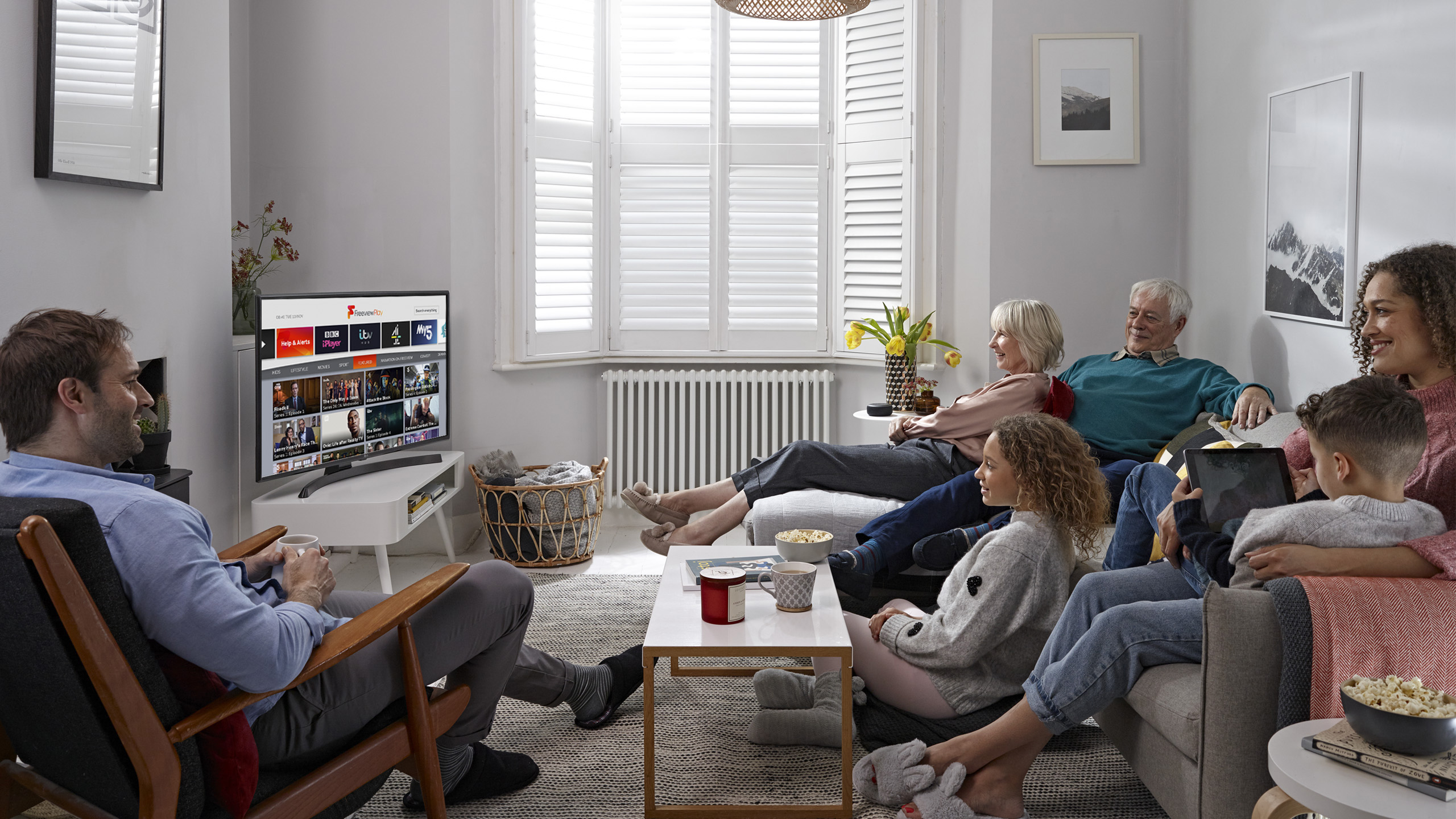 This month marks the 18th birthday of the platform that delivered that - a piece of technology now so ubiquitous that it is “just telly” - Freeview. The genesis was Greg Dyke’s ambition to give everyone in the country a ‘digibox’.

Almost two decades later, as Freeview reaches adulthood, Britain can be proud of a free service carrying 85 channels and, through the PSBs alone, reaching 98.5 per cent of households.

It is our biggest television platform – used day in day out by almost 18 million households, two thirds of the country.

A truly unique and powerful collaboration between its partners. I say powerful because a public-service platform with that amount of reach into the lives of a country’s citizens is a staggeringly useful (perhaps cynics might say "staggeringly dangerous") tool for informing and educating Britons as well as entertaining them.

The importance of Freeview is enormous. That is because this technology is both extraordinarily simple and highly sophisticated.

On the one hand, you need no more than a good aerial to get access to Freeview and the wonderful panoply of information and entertainment it carries. It does what it says on the tin - it’s free.

But on the other, it has within it the capacity to drive the next technological revolution and to drive it with public service values at its heart.

A sense of common culture 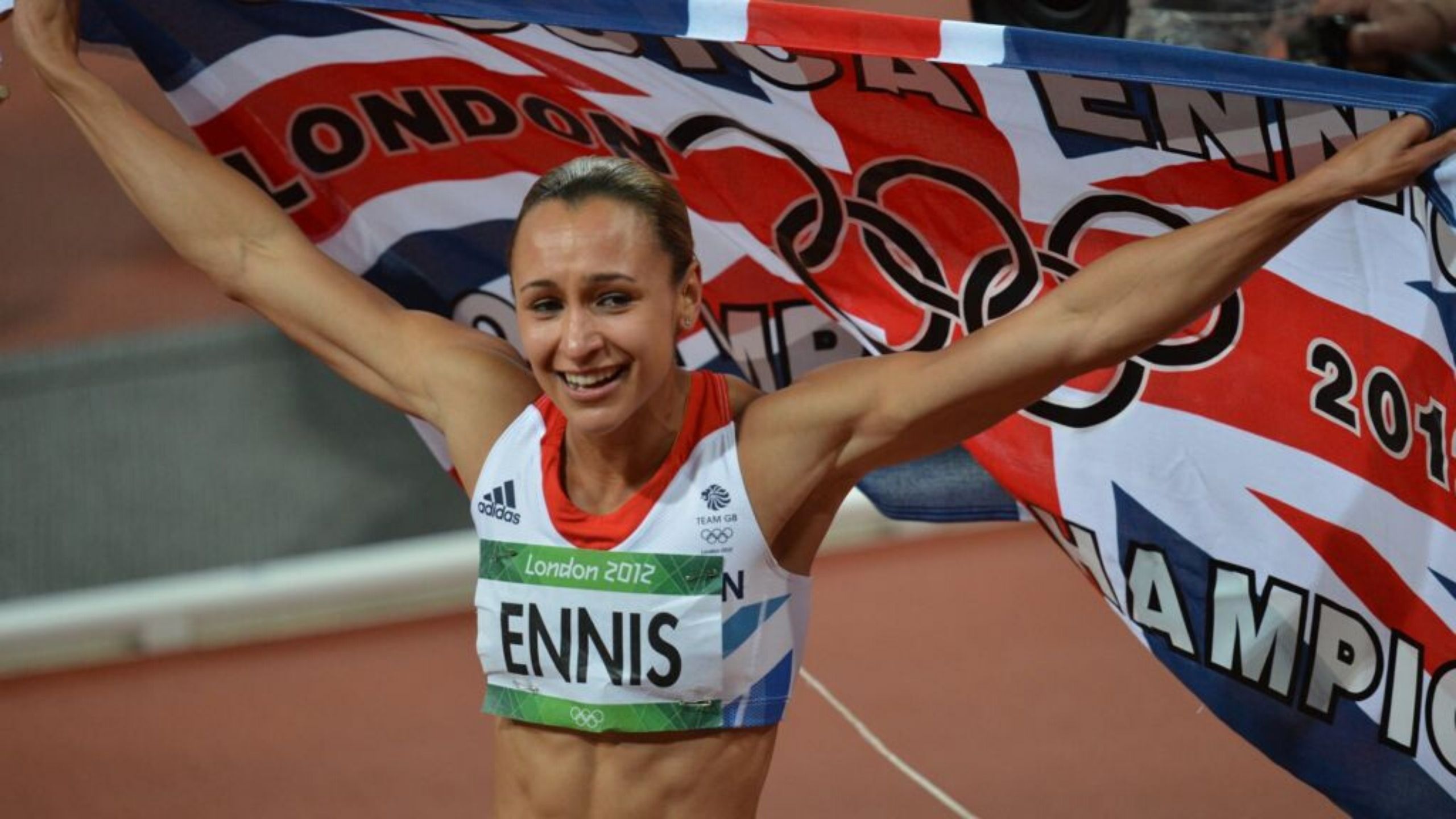 We are coming full circle in the best Reithian tradition. As we move towards an increasingly connected world, it is all too easy for the metropolitan elites to take it for granted that everyone has access to broadband that carries television content free of charge.

But not only is broadband not free, it isn’t used by anywhere near as high a proportion of the population as TV is. Research presented to Parliament earlier this year showed that 11.9 million people in this country have no or limited access to the internet. Covid-19 has brought these inequities into stark and scandalous relief.

Freeview cannot remove the charge for broadband, but it can democratise it. Freeview Play shows that a smart user experience is not the exclusive preserve of streamers and is only available to those who can afford to pay their subscriptions.

Its power comes from its developers, the PSBs and Arqiva collaborating to produce high quality technology solutions. However, the argument for Freeview is not just about offering free access, important as that is.

It is about the country we live in and the sense of a common culture. The true "watercooler" moments of our past – the murder of Dirty Den, the Olympics opening ceremony or Super Saturday in the 2012 athletics, or the Queen’s address to the nation during the spring lockdown – were all available to everyone.

Will they be in the future if, in order to guarantee access to those shared cultural moments, you need a subscription to whichever service it is played on? And will those moments be genuinely British and genuinely uniting if the authors and producers and distributors of them see the UK as just another "geography" in which to market their global content?

The importance of Freeview, approaching adulthood in a scary world where huge giant platforms set the rules of the market and intimidate those without power and money, is that it allows us to answer those questions confidently with a Yes. 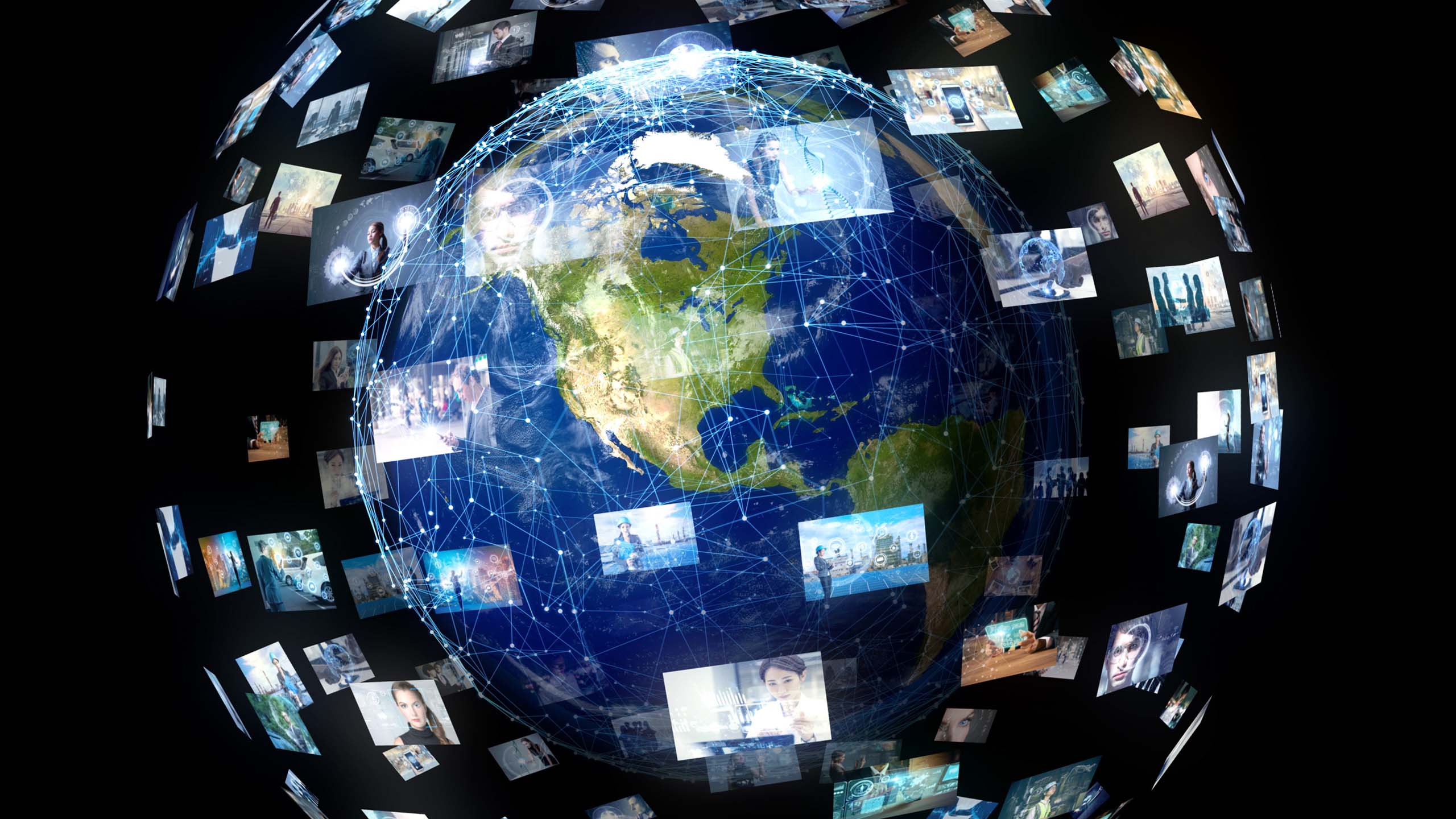 So as Ofcom begins to gather evidence for its PSB review and the Government brings together a panel which has the freedom to discuss whether we even need such a thing as public-service broadcasting (and if we do, what shape it should take), let us remember what we have had, what we have now and imagine what we will need in the future.

All in all, we enjoy a broadcasting ecology that is the envy of the world. High class original content, great creativity and impartial news available to all, free at the point of use. Live and on demand. Enjoyed and valued by the vast majority of British viewers week in week out. This is a tribute to the extraordinary mix of public and commercial funding underpinned by regulatory protections.

It is a peculiarly British mix of the market and the state working hand in hand to the advantage of citizens. The Freeview collaboration has been an essential ingredient of that success.

But as the UK’s biggest TV platform comes of age, you could change it all. You could decide that universality and free are no longer fundamental principles that underpin the provision of public service broadcasting in the UK. You could risk leaving the market to deliver the depth and breadth of content British audiences are privileged to have access to.

You could diminish the PSB engine and lose the significant role that UK broadcasting plays on the world stage.

But the question is: why would you want to?

This article first appeared on the Royal Television Society website