Despite talk of apocalyptic change descending on the PSBs, to some degree this looks like a simple continuation of a long journey which started when Sky and cable first expanded choice and started to dilute the viewing share of the PSBs. Starting with analogue, then more so in digital, and so on through PVRs and the growth of on-demand. All this change has been absorbed, and for a brief period things seem to have settled, until the SVOD story really kicked off.

At one level this new chapter is more of the same: yet more choice, with a continued skew towards US content, further diluting PSB viewing share, but in a steady rather than catastrophic way. But perhaps it is different this time, because there are hints here of an existential threat, principally from the potential for a new generation to become increasingly disengaged from the PSB world.

What’s different this time? Recall that Sky had to battle for years against a deeply held view that TV should be free, but the new generation has been taught to pay for content since they first had pocket money to spend – iTunes, apps, Spotify, Netflix – the “TV-should-be-free” barrier has gone. And today they are being offered quality content at very low prices – £9 for Netflix (less if you factor in password sharing), £5 for Apple TV, maybe £5 for Disney+, but lots of discounts and giveaways available, and Amazon Prime is free if you do all your shopping on Amazon anyway. This is a long, long way from £100 a month for all of Sky. Throw in a bit of casual piracy, time spent on YouTube, and the ability to pop to the pub for the odd major sports event, and you have a generation with very reasonable questions about whether they should bother with a licence fee and their parents’ PSB world at all.

I don’t, however, recommend panic. Because sometimes a forced response causes more problems than it solves, and there are few sights less edifying than an older generation trying too hard to force their view of what a younger generation needs and wants. Yes, PSBs will need to get used to lower viewing shares, and they will need to adjust their business models and cost bases (just like nearly every other industry has had to do). But dilution does not mean disappearance. I have every faith that the PSBs will keep making great British shows, and some of these will cut through and appeal to the new generation. And if they are good enough, they will be found, if not through due prominence then perhaps through social media buzz.

The key is to make sure that when the younger generation is ready to engage – either sporadically, or more substantially because some start to resemble their parents more than they like to admit – there are no barriers to them doing so. This means the main PSB offerings remaining free at the point of use, and available everywhere, which in turn means that Freeview needs to continue. But it also means there are tougher questions than ever to be confronted about the licence fee. Because a world in which politicians fall over themselves to grant free access to the heaviest users, while the lightest users are asked to pay full-freight but have credible options to avoid, looks unsustainable to me. 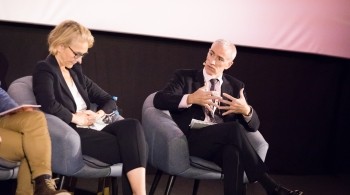 Guest Blog: Mike Darcey on why the PSBs need to Keep Calm and Carry On 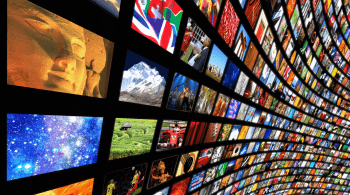 Decisions, decisions: The science that underpins what we choose what to watch. 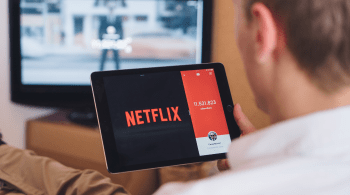