Young viewers value public-service television as much as older generations, according to new research conducted for Freeview. The streaming generation has given a powerful vote of confidence to free-to-view TV as lockdown sees young people placing high value on the four public service broadcasters - BBC, ITV, C4 and Channel 5 -  for content that informs and entertains.

Despite the popularity of online streaming services among younger generations, lockdown seems to have heightened their affection and support for public-service broadcasters (PSBs) and free-to-view TV. Differences in attitudes towards PSBs between older generations and 16-34-year-olds was negligible.

The results suggest that lockdown has led to a reappraisal of public service broadcasting amongst younger audiences with almost two thirds saying that they value content from the PSBs more now than before the onset of Covid-19. Three quarters of 16-34s say that the PSBs play an important role in bringing together the nation in times of crisis.

Freeview’s new research focused on exploring consumer perceptions of trust and value toward television, content and information providers, in the context of the pandemic. The research was conducted by Aurora Market Research for Freeview via an online survey with a nationally representative UK sample, involving more than 1,000 interviews.

Please find the key findings below:

At times of national crisis, people perceive television content from the PSBs as more important than streaming services including Netflix and Amazon Prime.

Free TV (without subscription or contract) is important for society, especially at times of national crisis - across all age groups.

The value 16-34 year-olds attach to PSBs was almost on a par with other age groups. This was true for PSB TV as a trustworthy news and information source as well as for entertainment. For example:

People believe PSBs play an important role in delivering accurate information to the nation (across all age groups), this is especially important at times of national crisis.

Consumers typically navigate toward the PSBs when they want information that is accurate and trustworthy, whatever the platform (TV, radio, online).

Overall, Freeview’s research provides a strong sense that the PSBs continue to play an important role in society.

This is especially true for news and information but extends much further to broader societal needs. And it’s a sentiment that has been strengthened since the outbreak of Covid-19.

“Young people value PSBs just as much as older viewers do – that is the unequivocal verdict from this research. The idea that somehow British young adults are lost to streamers clearly doesn’t stack up."

“Lockdown has brought out just how much they care. While of course they have long appreciated many of the shows offered by PSBs - from Love Island, to Killing Eve, to Bake Off – it seems the experience of lockdown and the need to be informed about their future has given younger viewers the opportunity to appreciate more what the PSBs offer."

“They want to feel part of a bigger, national effort. To watch the live briefings, to see the fundraising efforts, and the national clap-for-carers. It has also given them the time, where they may previously have been out, they are now in, looking for entertainment on the box. And it has given them the opportunity to spend more time with family members and the chance to watch together, to watch entertainment and drama as well as news.” 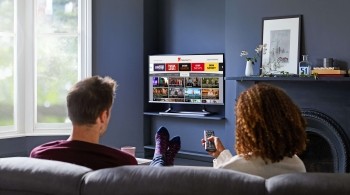 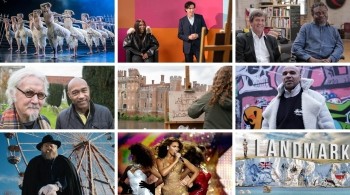 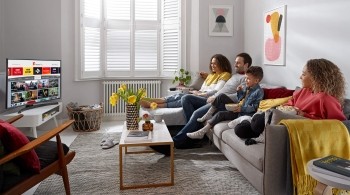