Does the government still believe in public service broadcasting?

It’s a question I posed at Freeview’s Outside the Box conference last month. I believe the answer is emphatically Yes. But - a bit like someone insisting that they love you - it’s one thing to say it and another thing to show it.

Of course, it would be odd if this government didn’t believe in PSB because the role that broadcasters play in this country (and not just those with public service status) seems exactly in line with what the government demonstrably wants to achieve with its time in power.

Build back better from the pandemic; turn Brexit into an opportunity by selling our best products and services all around the world; limit the excessive influence and power of tech giants; level up the country; represent and reflect all the diversity and yes - at times - disagreement of modern Britain.

Television in the UK pursues and can achieve the same goals as HMG. 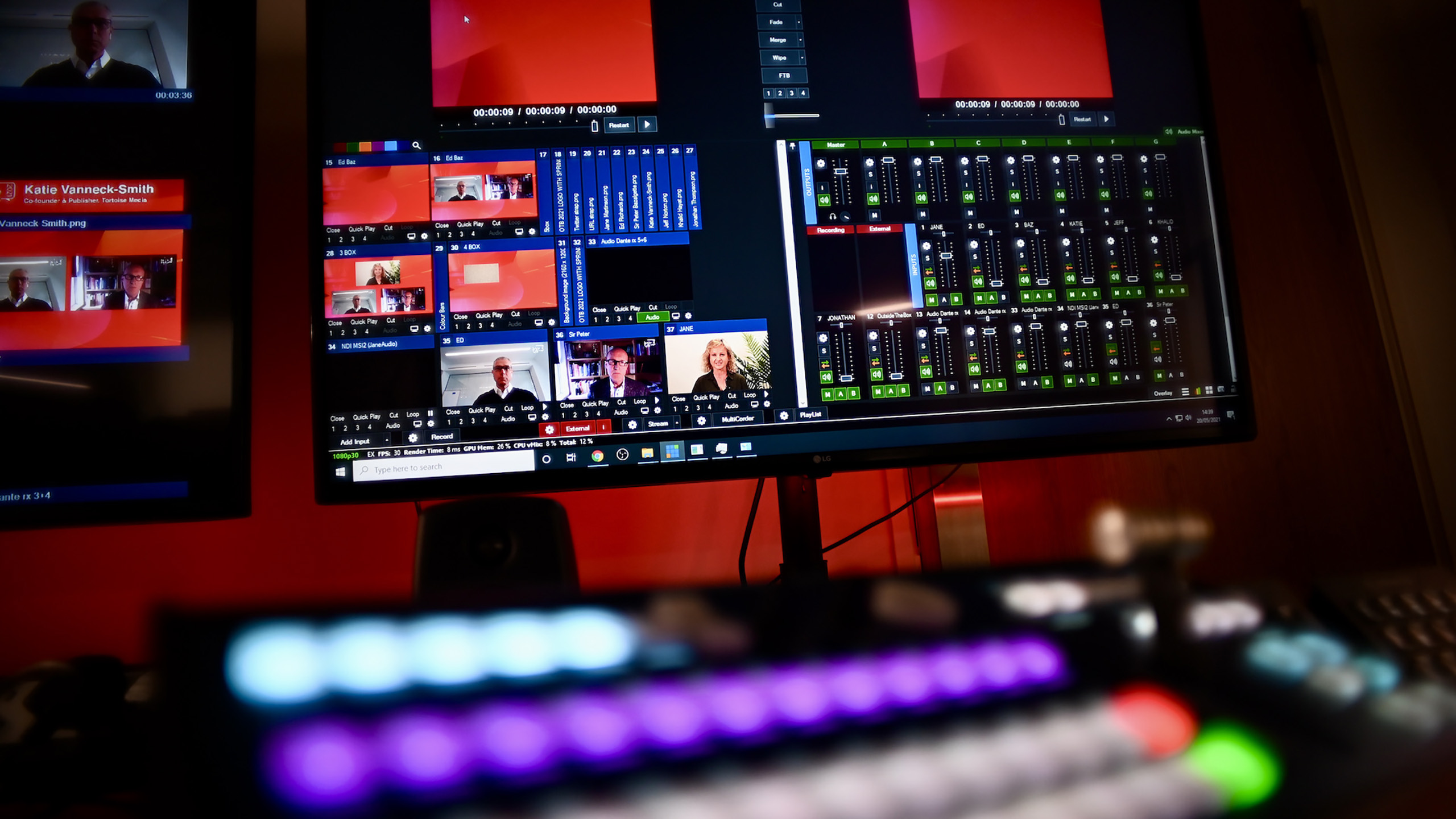 The pandemic showed the creative resilience of the industry, improvised in a brilliantly British way and above all, helped the rest of country stay informed and entertained about what was happening in unprecedented times.

Yet we now find ourselves in a post-pandemic world where some people are asking ‘What should be kept of PSB?’.

As Mediatique's Mathew Horsman said during our conference, every generation has the right to question whether we still want PSB. And based on feedback from viewers, industry and Ofcom, the answer is an unequivocal "yes". What Mathew also said is that the existing system is at risk if we don’t ask the right questions about how to change and improve, but the point is asking the right questions.

“What on earth is the question that's being asked to which the answer is ‘privatise Channel Four’?” as he put it.

From my vantage point, I think the central question should be: “What can the UK's television industry - with PSB at its heart - achieve if it has the right support and the right vision?” 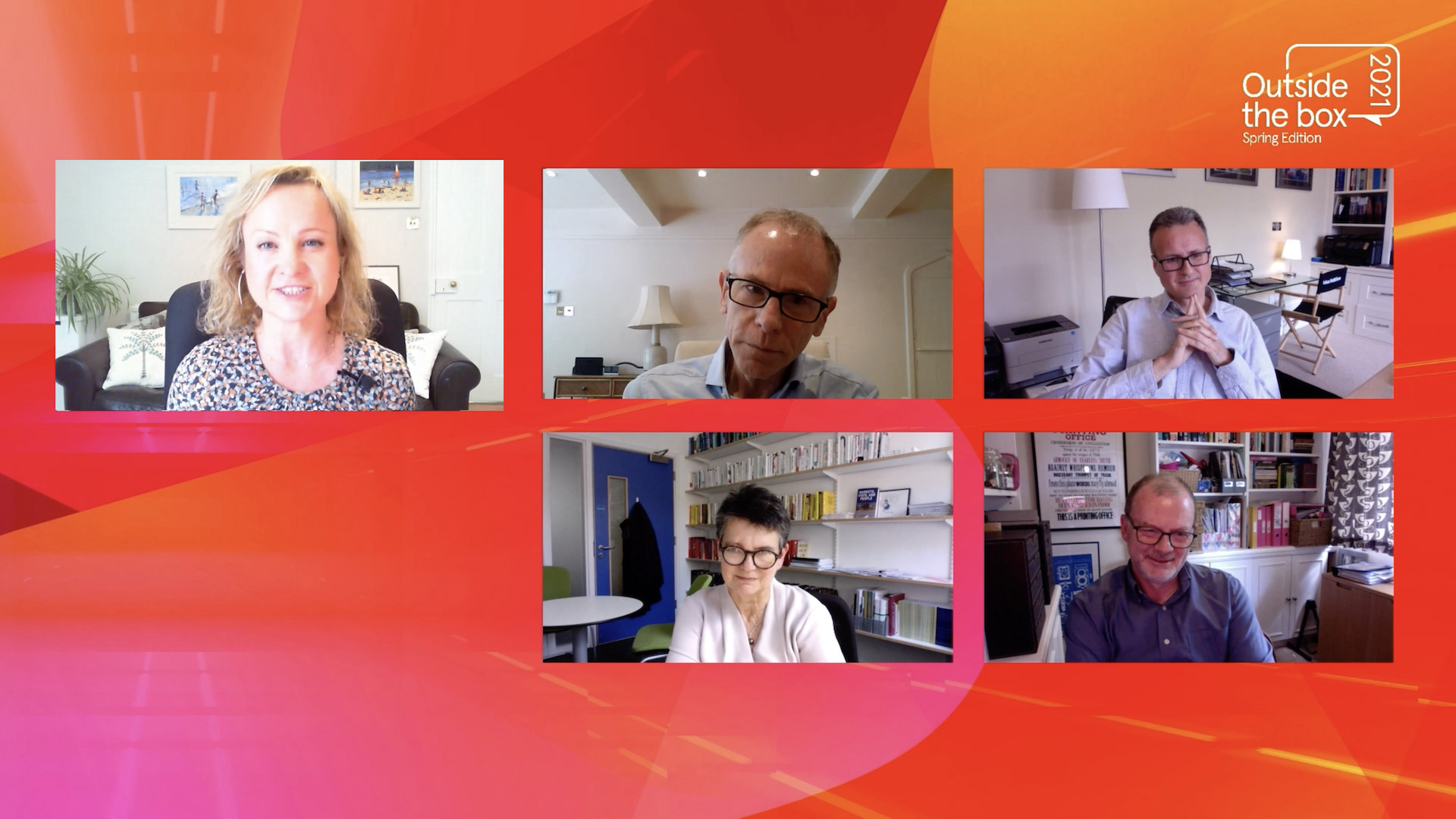 Look again at those government priorities and you can see why the path to each of those targets leads to and from our TV screens. As Professor Diane Coyle, one of the UK's leading economists, said at OTB, the current system is and should be recognised as a major strategic, global, and economic asset for the country. She characterised UK broadcasting as an almost accidental secret industrial policy that we have taken for granted, but has proven extraordinarily successful over time. Just as important for the economy as finance or pharmaceuticals

It is also one of the few domestic industries that can stand up to the flood of influence and content from the tech giants and it doesn’t need to be afraid of them or feel the need to compete on their terms.

There is always more to do on delivering for viewers, but I get the strong feeling that the real Britain is coming out more and more on our screens, more freedom to express opinions and more of the plurality of views we come across when we listen to the whole citizenry. Just look at the breadth and depth of storytelling delivered by the winners and nominees of the recent TV BAFTAs. It’s certainly about time that we blended the need to showcase the variety of the human condition with the expectation that the core of British values and cultures are unchanged and unchanging. 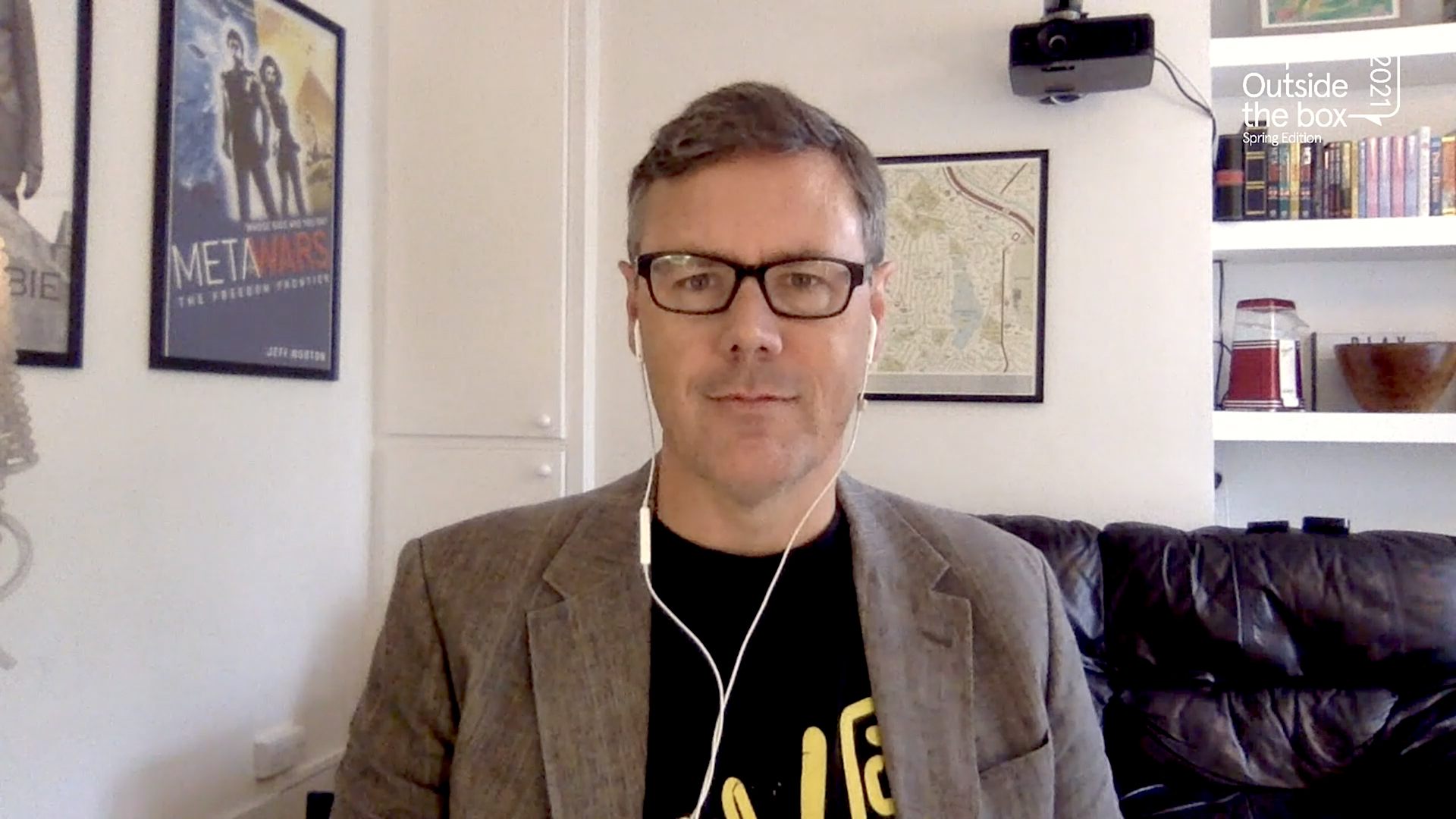 The lump sum of all this is that we have a collective television edifice that, as Canadian producer and filmmaker Jeff Norton said at Outside the Box, makes the rest of the world “green with envy”.

What is not for the government to love about all that? 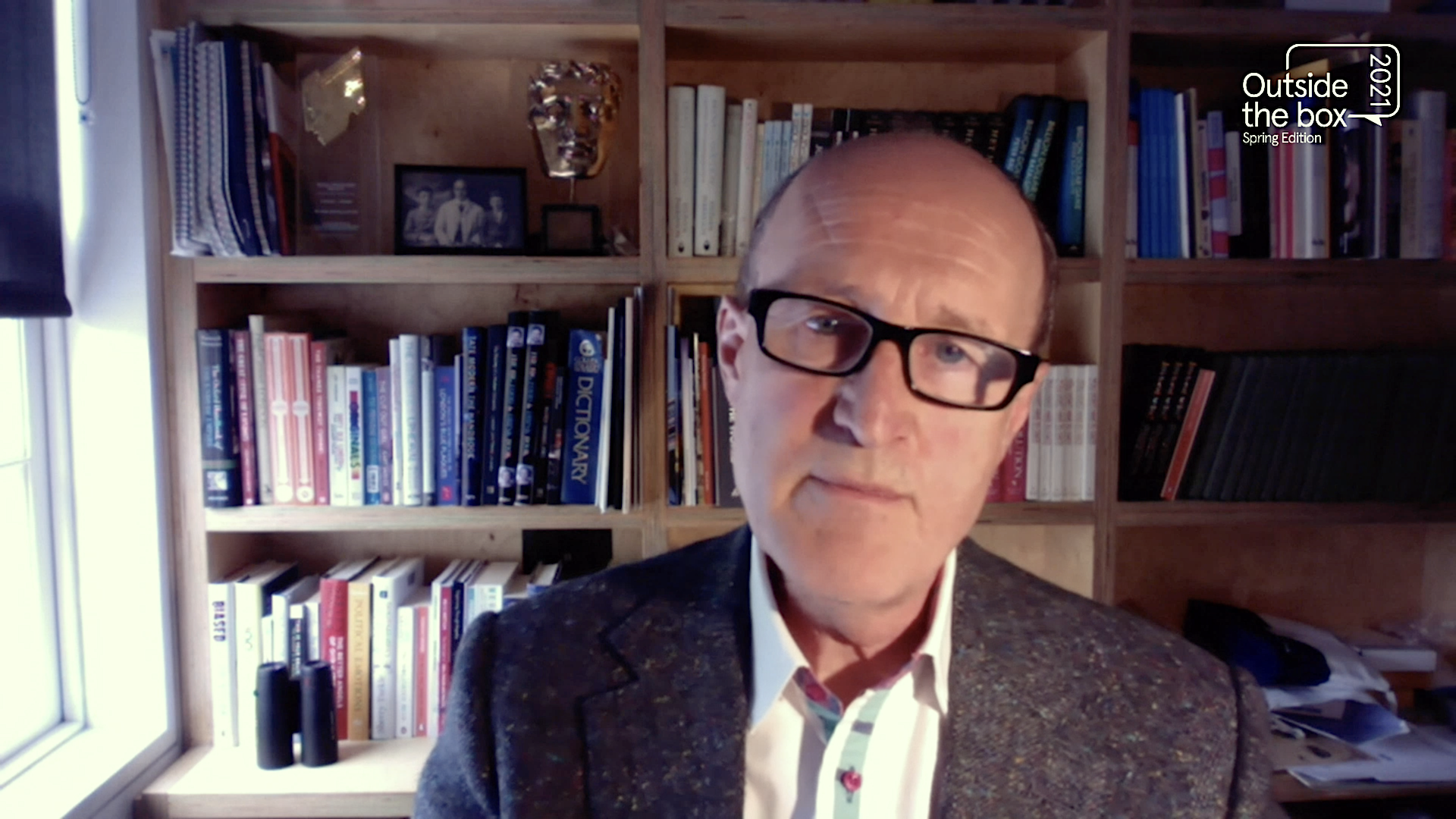 Like Sir Peter Bazalgette, I think the real challenge for this industry is to show it loves itself. Baz said at the conference that we sometimes defend PSB as if it were a stately home. I agree. The focus seems to be – indeed it was explicitly stated as such at the beginning of the Ofcom review process - on what we can preserve. 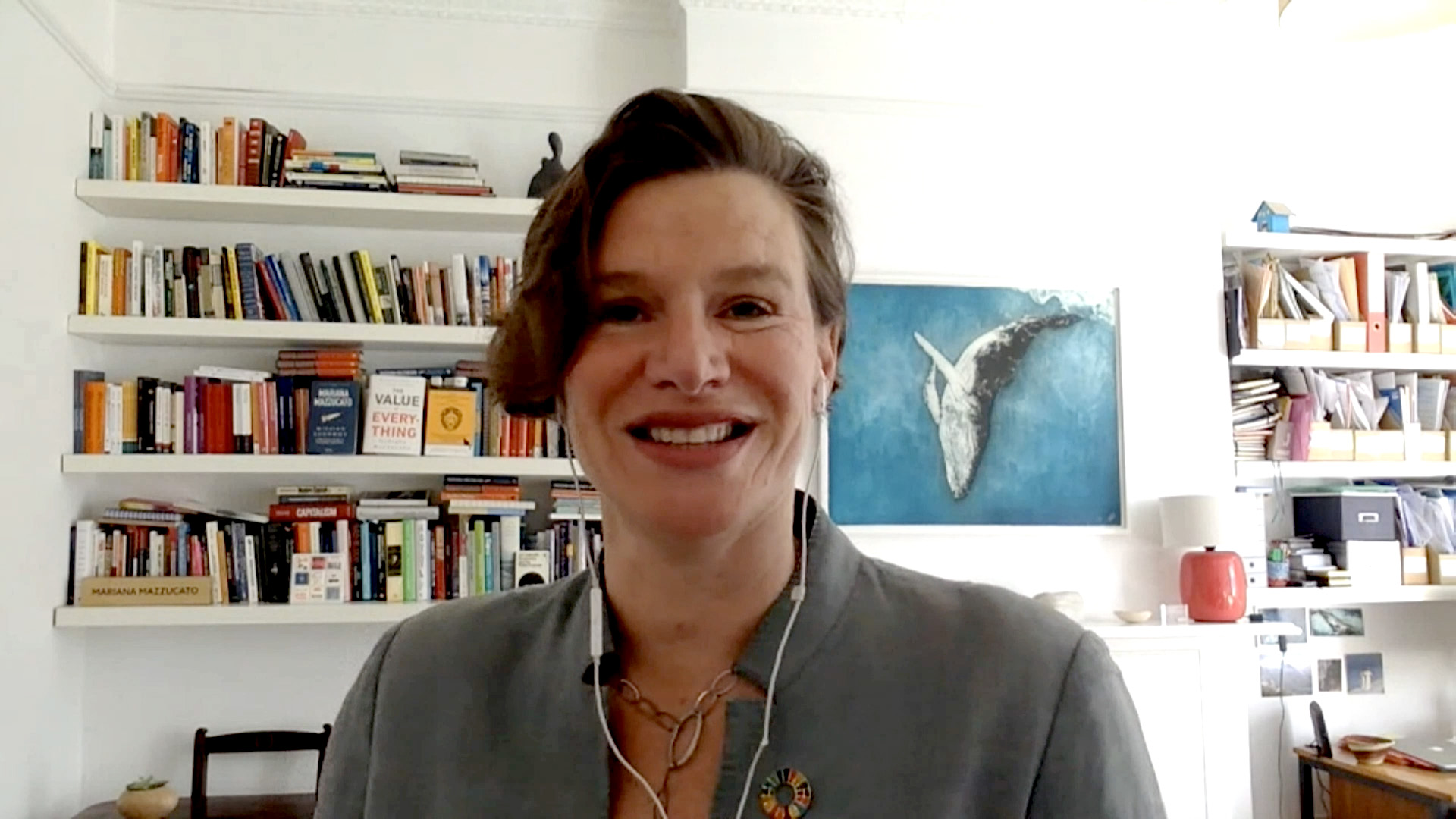 Our industry isn’t a subject for preservation. It is a subject for expansion, investment and growth. It will help Britain re-emerge from Covid, it will lengthen Britain’s stride around the rest of the world, it will level up the British people who feel left behind, it will challenge the dominance of big US tech, it will help us define our sense of ourselves in the 21st Century. As a world expert in public value, Professor Mariana Mazzucato, said at the conference, when you set ambitious goals for the public sector, the positive spillovers are numerous, for individuals and for business.

As we look ahead to the culmination of all the processes of inspection going on in and around this industry and await Government's own verdict on the future of public service broadcasting, the outcome surely has to be a policy and regulatory environment in which television grows into what it can be, not shrinks from what it might be.

Our industry isn’t a subject for preservation. It is a subject for expansion, investment and growth and can help Britain define itself in the 21st Century.