Keeping kids informed, educated and entertained at home is more important than ever, but with many of us also juggling work at the same time, it’s a mammoth task.

To hopefully make this a little bit easier, we have rounded up some of our favourite kids channels, TV shows, and on demand tools. 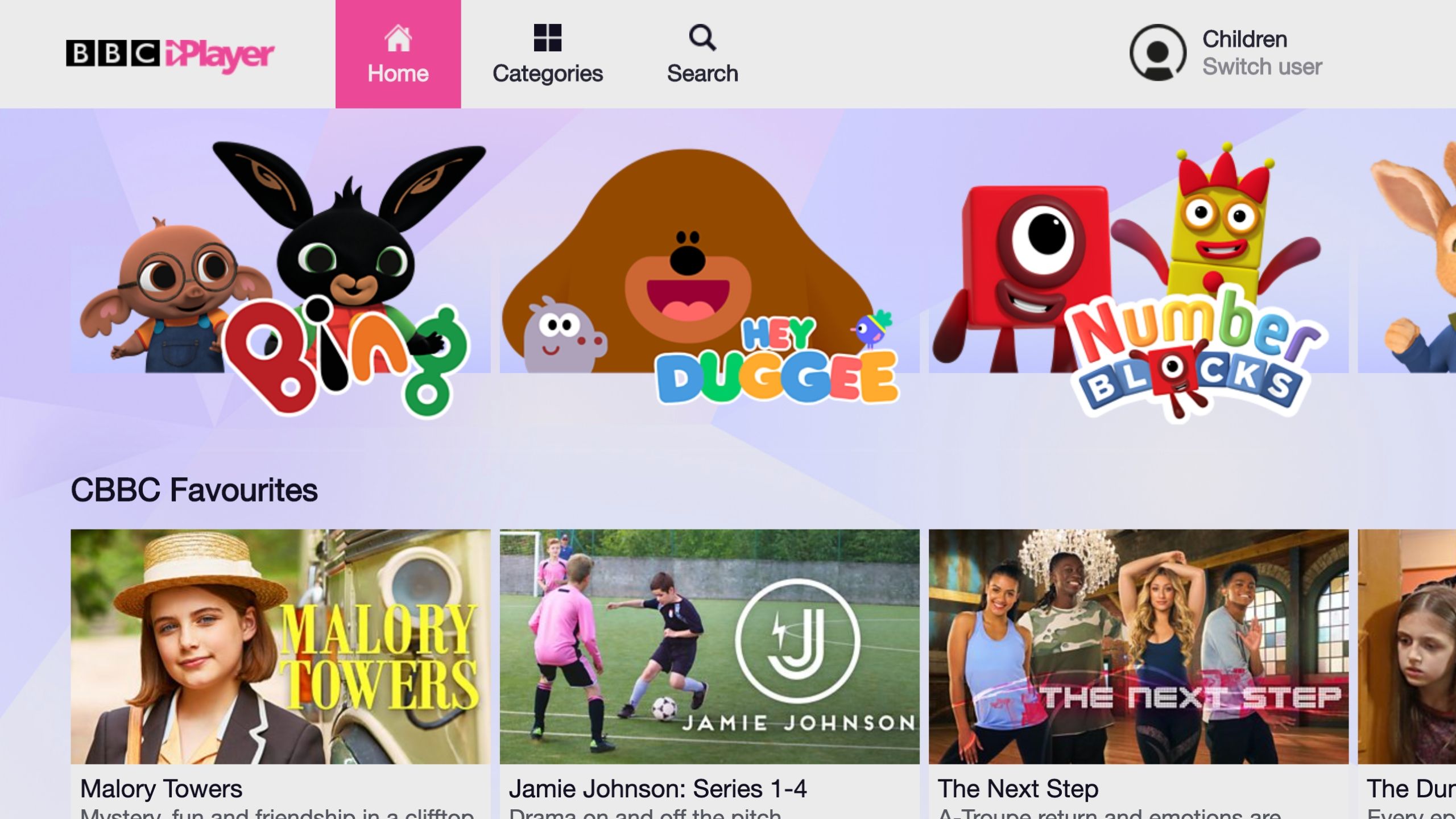 The BBC have recently launched a new kids version of BBC iPlayer, bringing together the best of CBBC, CBeebies and other kids content from the BBC in one ever so handy interface.

The kid’s iPlayer is a treasure trove of content, from hit shows like Hey Duggee, and Bing, to David Walliams classics such as The Boy in The Dress, Gangsta Granny and Mr Stink, and the recently released Malory Towers.

There is also a range of educational shows, your kids can be ‘number detectives’ with Numberblocks, go on adventures across the world with GoJetters, or learn about the planet’s deadliest animals with Deadly 60.

And, so you can have some much needed downtime, you can let your kids browse the full range of content, safe in the knowledge that anything they choose will be age appropriate.

There are child friendly categories for them to pick and browse from Trending, Drama, Funny, and Cartoons.

To take a look and get started, all you need to do is select the monster shaped ‘children’ button which appears when you launch BBC iPlayer from your TV - so sit back and enjoy!

The BBC has also announced that it has launched a new ‘Bitesize Daily’ series.

New daily educational shows are added each day, available to view via the red button or BBC iPlayer. Each show is tailored to a different key stage, with curated content for English, Science and Maths. The BBC has partnered up with organisations such as the Royal Shakespeare Company, Premier League and Puffin Books to keep the lessons fresh.

The BBC has also enlisted the help of some famous faces, including Sir David Attenborough, One Direction's Liam Payne and Jodie Whittaker.

Tiny Pop offers a fun and safe environment for children aged four to six to laugh, learn and grow, with a brilliantly diverse range of programming and fun interactive games.

Your kids can enjoy shows set in imaginary worlds such as Care Bears, My Little Pony, Enchantimals and Zafari, and indulge in family favourites such as PJ Masks, Super Wings and Masha and The Bear.

POP is a high-energy channel for boys and girls aged six to ten. POP is home to shows such as  Pokémon, Alvinnn!!! and the Chipmunks, Miraculous: Tales of Ladybug & Cat Noir and Lego Friends: Girls on a Mission.

POP Max is a comedy and action-filled channel aimed at children aged six to nine, which gives children the opportunity to transport themselves into an exciting world of adventures and quests.

With shows such as Power Rangers, The Spectacular Spider-Man and Rabbids Invasion, kids’ imaginations are bound to run wild.

If you have a Freeview Play TV, you will be able to get Yaaas! TV on channel 212. It’s home to loads of exciting kids shows, such as Kung Fu Panda, Puss in Boots, Shrek adn Donkey’s Swamp Talk and everyone’s favourite classic Wallace and Gromit.

Available on Freeview Play TVs, Ketchup offers unlimited streaming of kids content. You can find the likes of Thomas and Friends, Kipper, Fifi and the Flowertots, and Fireman Sam.