To mark Pride this year we have rounded up some of the incredible shows available now that celebrate LGBTQ+ creators, actors, and communities.

Head to Channel 100 on your Freeview Play TV to browse more of our Pride Month recommendations.

Groundbreaking US series about the underground world of 1980s ball culture, set at the height of the AIDS epidemic.

Comedy drama with Desiree Akhavan and Maxine Peake that explores the difference between dating men and women from the perspective of Leila who, for the first time, finds herself doing both

Queer as Folk, All 4

Set in and around the Manchester 'scene', this groundbreaking Channel 4 drama, documents the lives and loves of young gay men Stuart, Vince and Nathan.

Set in 1832 West Yorkshire, England, Gentleman Jack is inspired by the true-story and coded journals of Anne Lister (played by Suranne Jones), and follows her attempt to revitalize her inherited home, Shibden Hall, and find herself a wife.

We Are Who We Are, BBC iPlayer

Fraser is 14 and he has recently moved to an American military base in Veneto, Italy, from New York. While familiarising himself with his new surroundings and engaging in a complex relationship with his mother, a US Army colonel who is soon due to take control of the military base, he meets the other American kids who live there. He struggles to fit in, but is especially intrigued by one person: the mysterious Caitlin.

Based on a true story, starring Hugh Grant and Ben Wishaw. A Very English Scandal enraptured critics and audiences alike when it first aired in 2018. It tells the story of Jeremy Thorpe, the leader of the Liberal Party in the late 1960s, who is desperate to hide his affair with Norman Scott. As long as Norman Scott is around, Thorpe's brilliant career is at risk, and eventually Thorpe can see only one way to silence Scott for good.

An incredibly moving drama from Russell T Davies about five friends. With their lives tested as they grow up in the shadow of AIDS, they're determined to live and love more fiercely than ever.

Drag Heals is a hybrid stage workshop and documentary TV series that follows eight drag artists over an intensive ten day workshop to build their own show.

Find out more about Channel 100 on Freeview Play 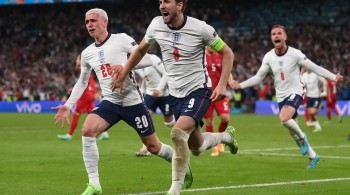 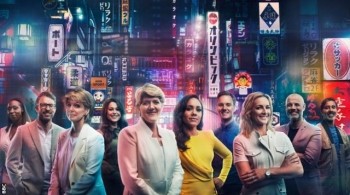 How to watch the Olympics on Freeview 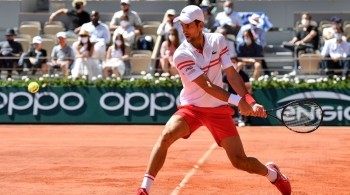