It’s the show that has had us laughing and crying in equal measures and it’s not long until Call The Midwife is back on the box.

The ninth outing of the BBC One smash series returns to our screens on January 5th and it’s safe to say there’s plenty more drama in store for the midwives.

We caught up with the cast for a chat to find out what viewers can expect as Nonnatus opens its doors once again.

Nonnatus House is threatened with demolition

It’s 1965 and Poplar is facing changes the locals never saw coming. Budgets are being cut, hospitals reorganised and terrace houses are being torn down. With wrecking balls swinging all over the place it’s up to Sister Julienne and the midwives to find a route through the rubble, but that seems like an impossible task when they themselves are under threat. Stephen McGann (Doctor Turner) said: “The community is going through rapid change and we are not immune from the things that are happening around us. Slums are being cleared, the district is changing and we are part of those changes. There is a rise in science and medicine, hospitalisation is becoming big and town planning is becoming big, it’s a machine and our little place...can it hold out against such an advance? You’ll have to wait and see!”

Four dashing junior doctors cause a stir when they move in

A group of  new arrivals are going to send pulses racing. The midwives see their world turned upside down by four dashing junior doctors and their all female home suddenly becomes overcrowded with men. Jennifer Kirby (Nurse Valerie Dyer) explained: “They throw the dynamics up in the air in terms of the house. They come and stay and we all have to squish up to accommodate them. Nonnatus is a female domain so it’s a big change! It’s very interesting to explore how each of the characters think about them, we haven’t been faced with that before. It’s like, ‘How would she feel? Self-conscious?’. It’s an interesting story.” Linda Bassett (Nurse Phyllis Crane) added: “When we were sitting around the table together it changed the dynamic a lot because it’s such a female enclave, suddenly there’s men. We outnumber them, but even so, it was very interesting. But they know who's in charge!”

The midwives are kept on their toes

It seems there’s never a dull day for the midwives as series nine throws up plenty of drama. The show’s writer, Heidi Thomas revealed: “As 1965 rolls by we see the team dealing with cases involving cancer, diphtheria, fistula and homelessness. They are faced with loneliness among the elderly, the traumas of an exhausted carer and the defiant behaviour of a young and vulnerable prostitute. They deliver more babies born out of wedlock, care for a couple whose beloved infant dies and support a brave and beautiful new mother who is blind.”

Amongst the chaos of caring for the community Sister Monica Joan’s mental health will also take centre stage as she continues to show signs of dementia. Judy Parfitt: “She goes in and out of her mental abilities, shall we say. The thing is she is up and down. She loses the plot when she’s ill or stressed or upset. It all goes because she’s old.”

Jamaican born nurse Lucille Anderson has become an integral part of Nonnatus House but some people still question her position in society. Leonie Elliot, who plays her, explained: “As an immigrant she’s going to face racism constantly throughout her years. I don’t think you can wrap it up in a bow in one episode. This is something she constantly faces, like speaking to relatives who perhaps have an issue. I think it’s good they are touching on it, I always say it’s part of her story but it’s not the whole of her story. We wouldn’t be doing an immigrant story justice if we didn’t show the trials and tribulations of settling into a new country.”

While we may be counting the days until series nine begins we couldn’t help wonder what’s in store for our favourite midwives as the show continues over the next few years. Writer Heidi Thomas teased: “So we do know that in series 10 England will win the World Cup and we’re looking forward to that! By series 11 it will be 1967 and both abortion and homosexuality will be legalised so I think we’ll be revisiting those issues as we go forward but possibly looking at it from different perspectives as attitudes change”. 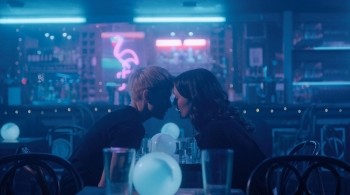 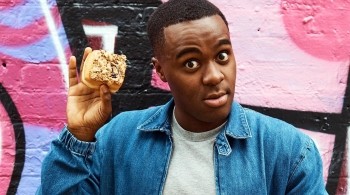 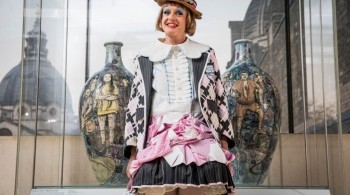