Too busy eating and opening presents to watch any telly this Christmas? We asked TV expert Gabriel Tate for his pick of the best of the festive TV, all available on demand with Freeview Play.

John Malkovich was the marquee name in the BBC’s stellar new Poirot adaptation, but the real star was Sarah Phelps, adapting her fourth Agatha Christie mystery in as many Christmases. A gloomy, chilling and thrilling murder mystery, and a journey into Hercule’s murky past – David Suchet never had to face a world this steeped in evil. For something altogether sillier, check out Agatha and the Truth of Murder on Demand5, in which one unexplained mystery – the author’s sudden disappearance for 11 days in 1926 – is mashed up with another – the unsolved death of Florence Nightingale’s goddaughter. Could Agatha have gone off the radar to crack the case? Of course not – but it’s fun to imagine that she did.

Undoubtedly the social-media smash of the season, if you haven’t seen this extraordinary documentary yet, don’t miss your chance. Following the reunion of Luke and Matt Goss, the twin brothers comprising fleetingly massive late-80s pop sensations Bros, it is chockfull of unforgettable Spinal Tap-isms (“The letters H.O.M.E. are so important because they personify the word home.”) and oddly poignant in its portrayal of fame gone sour, mild self-delusion and two men who love each other deeply but just don’t like each other very much.

Everyone knows about the Bolero and Let’s Face the Music and Dance. What is less well known is the story of how Jayne Torvill and Christopher Dean escaped their respective destinies in Nottingham (at secretarial school and down the mines) to win Olympic ice-dancing medals and the hearts of a nation. Relative unknowns Poppy Lee Friar and Will Tudor are fresh-faced and fantastic as the unlikely heroes, while a Who’s Who of British telly veterans (Anita Dobson, Stephen Tompkinson, Christine Bottomley) lend classy support.

A stunning cast, including Dominic West, Olivia Colman and David Oyelowo, brings Victor Hugo’s tale of virtue, injustice and class division to glorious life in a feast of Big Acting and even Bigger Beards. Better still, there are no songs. Fans won’t want to miss Andrew Davies: Rewriting the Classics (also BBC iPlayer) in which the screenwriter behind BBC costume dramas including Les Mis, Pride and Prejudice and War and Peace reveals his trade secrets. 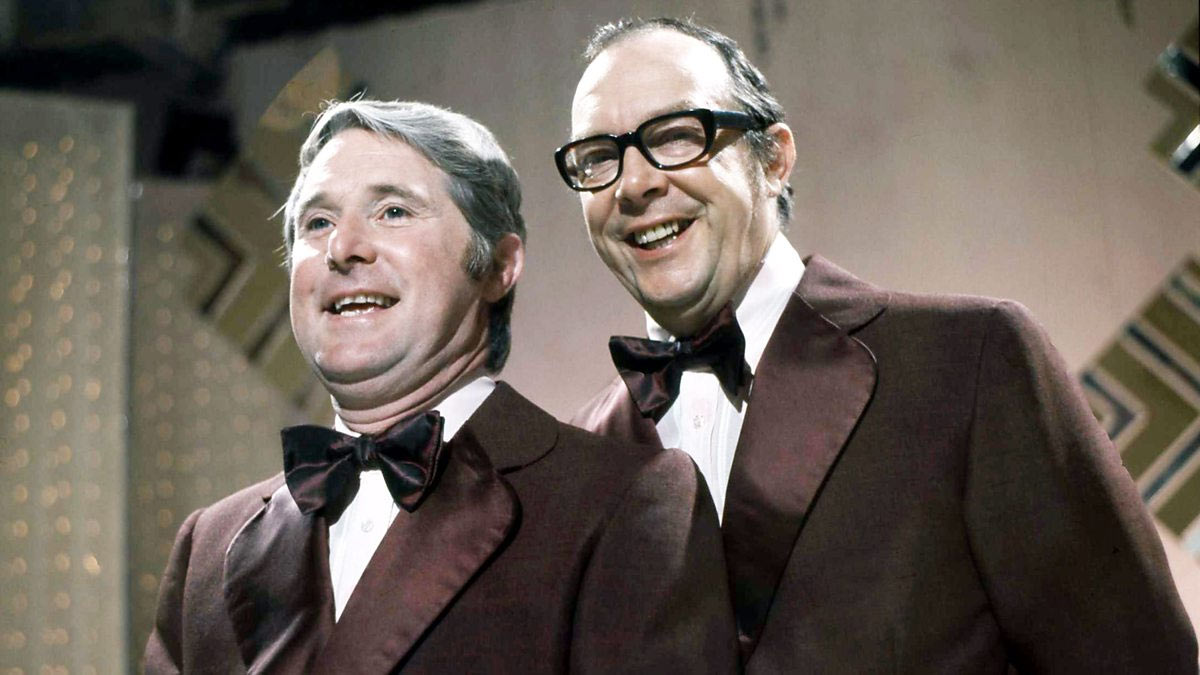 The Morecambe and Wise Show: The Lost Tapes, BBC iPlayer

And finally… Christmas just wouldn’t be Christmas without Eric and Ernie, and if you’re a hardcore fan, you’ll want to see two recently discovered shows from 1968: The Lost Tapes, now available on BBC iPlayer.