A nationwide study of 1,500 families found that stars of the iconic American animated series, The Simpsons, created by Matt Groening in 1989, are our favourite TV family. In fact, over a third (34%) of respondents named the heartwarming, if rather dysfunctional family, as their most loved on the box.

Also making an impact on our screens are the families of Gogglebox. With more than half of respondents choosing a British family from the sofa show as their favourite, the Moffats (16%), the Malones (15%), the Siddiquis (14%), the Warners (11%).

Closing in on The Simpsons for second place were the Trotters from Only Fools and Horses (28%), followed by The Royle family and Addams family, tied at 22%. Also on the list were the Flintstones (20%), the Griffins clan from Family Guy (21%), the Shipmans from Gavin and Stacey (18%), and The Goodmans from Friday Night Dinner (15%).

But whether we relate more to the Griffins or the Goodmans, the research, conducted by Freeview, is conclusive that family TV time is back, with British broods now watching an impressive 18 hours of TV together every week - four hours more than before the lockdown. In fact, more than half (57%) of Brits said watching TV as a family during lockdown had been a bonding experience, bringing them closer together.

For 45% of the nation’s families, TV has helped them feel connected to the rest of the world, with one quarter (26%) claiming that watching TV with their family helps them escape life’s anxieties. Nearly a fifth of people (19%) have consolidated this connection through watching broadcast TV virtually with friends or family in other homes, such as Killing Eve. Relationship and Behavioural Psychologist, Jo Hemmings, explains that experiences such as watching live TV creates a feeling of togetherness, allowing us to create a “shared social reality” through which we can bond with our immediate family, and the rest of the country.

When it comes to the programmes UK families have enjoyed watching together in lockdown, Britain’s Got Talent took the top spot with 31% of the vote, followed by The Simpsons (27%), Gogglebox (22%) and the Great British Bake Off (19%).

The popularity of these shows can be explained by Jo Hemmings:

“Families can bond over their feelings towards characters, situations and plots and chat about them in the same way that they might talk about real-life events and friends. Reality programmes are typical of the kind of shows that help create that bond as they have identifiable characters, create resonance and empathy and leave us wanting to find out what happens next.  We get emotionally attached to characters in TV series and we want to see them continue – or conversely gotten rid of – one of the reasons why voting apps, which create an interactive voting process for many reality TV series, have become so popular. It makes us feel as if we have some control over what happens.”

Similarly, when asked what programming families are looking forward to watching again over summer and beyond, the Premier League received the most votes (34%), pipping Great British Bake Off (25%), Strictly Come Dancing (16%) and David Attenborough’s upcoming series Life on Our Planet (13%) to the post.

Although 13% admit their family often has disagreements about what to watch on TV, 18% say they’ve managed to find a good way to compromise on what to enjoy together; 38% will browse together, 30% allow the parents decide, while 23% of families let the kids control the remote. One in ten (11%) resort to a good old-fashioned family vote to help settle the debate.

Owen Jenkinson, Marketing Director at Freeview, commented “It is great to see how many families are coming together to watch TV, and that this time is seen by so many as a chance to bring the family unit closer together and help them escape from their day to day worries.” 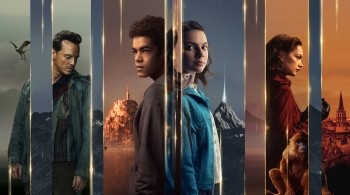 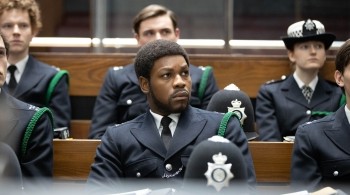 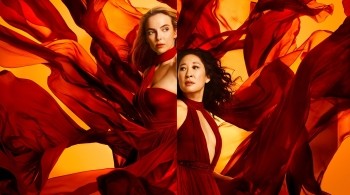 The UK's most influential shows and where to watch them