Beckham’s Salford Six: why Premier League icons are going to the National League 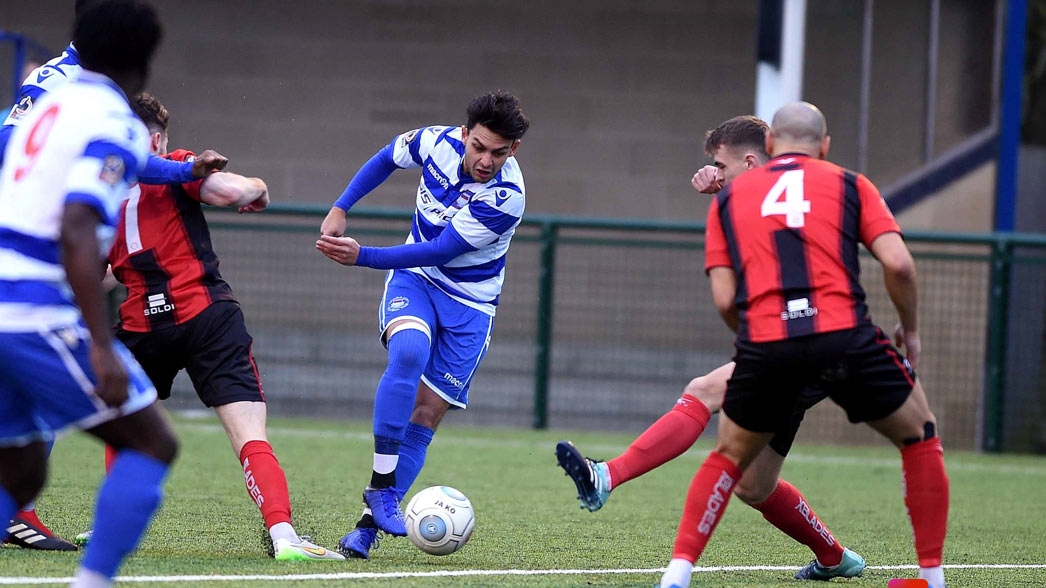 The Vanarama National League was sprinkled with stardust last Saturday as new director David Beckham arrived in Salford to watch his club play for the first time. Rubber-stamped last month, the former Manchester United player took time to watch City from the stands prior to a family engagement in London the following morning (possibly the only time the National League and London Fashion Week have shared one itinerary).

In the week their coach and mentor Eric Harrison passed away, Beckham finally joined his contemporaries Phil (who hosted the visit) and Gary Neville, Nicky Butt, Ryan Giggs and Paul Scholes in becoming a co-owner of the club, ensuring the Class of ’92 now have a majority 60% share.

In a further twist, Paul Scholes also put pen to paper at Oldham Athletic, agreeing to become manager of the League 2 club once the EFL had clarified Scholes could not trade players at Salford (thus avoiding a conflict of interest). Yet it’s not just the empire-building of former United players that’s driving the gentrification of football’s fifth tier. Look at former Spurs FA Cup winner Justin Edinburgh’s rebirthing of Leyton Orient following their fall from grace in 2016/17 (the 'Os' currently sit third in the table). Elsewhere ex-Southampton keeper Tim Flowers ups the nineties nostalgia further, currently bossing Solihull Moors to within touching distance of the promised land.

The migration of iconic talent and clubs towards the National League means football’s busiest waiting room is no longer a distant land.

Depending on how results go between now and the end of the season he may or may not be joined by former England colleague Sol Campbell – brought in from football’s cold by current National League champions Macclesfield Town. Campbell is the third black manager to be welcomed through the club’s doors following Paul Ince and Keith Alexander and – after being snubbed by higher-placed suitors – has rewarded that decision with a solid, if unspectacular start. Don’t rule out a return to the National League just yet, however.

Alongside them in the League 2 drop zone are Notts County and a campaign that has run inverse to expectations to a comical degree. Pre-season favourites following a harsh play-off defeat at the hands of Coventry City last time around, they almost immediately imploded and – two managers and once infamous explicit tweet from the chairman later – were assumed dead and buried at Christmas. Yet an upturn in recent results mean it might be premature to declare a coup for The National League in welcoming the world’s oldest football club to their ranks.

Football, like everything else, follows fashion, and a recent reticence to awarding name ex-players top managerial jobs seems to have finally shifted – most notably higher up the football pyramid in the case of Steven Gerrard (Rangers) and Frank Lampard (Derby County) both of whom have confounded sceptics to impress in their debut roles. This will not have gone unnoticed further down the food chain and – of course – the smaller the club, the more they stand to gain profile-wise from taking the plunge.

The migration of iconic talent and clubs towards the National League means football’s busiest waiting room is no longer a distant land – we’ve certainly come a long way since something called the Vauxhall Conference provided the punchline to playground jokes. The early stars of a nascent Premier League are now playing out the second act of their careers in football’s basement and – with a familiar cast of characters – we can all sit back and watch the plot twists and cliffhangers with renewed interest.